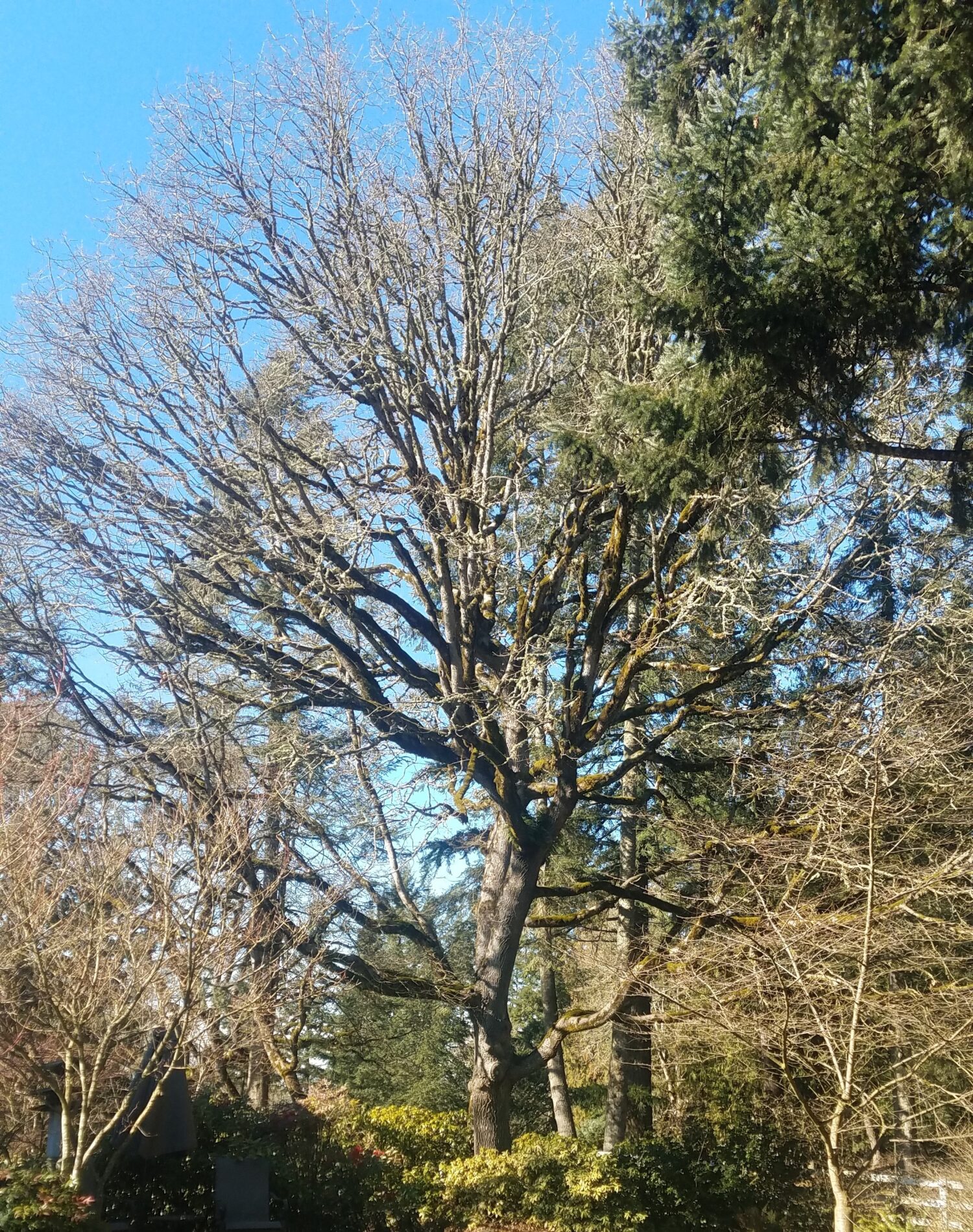 Druids play a role in my Mórdha Stone Chronicle series, and we’ll be hearing more about them as we move into the next three books. When I began to research the Druids, the first thing I discovered was their connection with the oak tree. As part of their rituals, the Druids revered the oak and held meetings in the oak groves.

In the Ogham alphabet, which was used to write the early Irish language, the word ‘duir’ means door, and is linked to the oak and thus connects the tree as the doorway to knowledge and wisdom. Others translate Druid to the old Celtic compound of ‘dru-wid’ – ‘dru’ (tree) and ‘wid’ (to know).

Many cultures and gods have been associated with the oak, including Zeus and Thor, their legends tied to the mystical tree that is highly associated with lightning strikes. In addition, the Druids considered the mistletoe that grew on the oak to be a potent and magical plant. Some believed the mistletoe arrived on the oak by the hand of God through lightning strikes.

So it’s probably not a far stretch to have included lightning as the match, if you will, that created the time traveling stones in my series. Considering the Druids were also known as seers, prophets, priests, and sorcerers, it’s also not a huge leap to think they may have dipped their toes into attempts at time travel. After all, the best way to seal your expertise as seer and prophet is to actually have your wisdom proven true.

But I digress from the point of today’s story. When I first moved to Oregon, I had never really paid much attention to the oak tree. Not until I started looking for my new farm. Once I was introduced to these majestic beasts, I refused to look at any property that didn’t have at least one oak tree.

I now consider myself blessed to own twenty acres with dozens of these beauties. But alas, I have also discovered they are not as long-lived as I hoped. I lost two oaks a couple of years ago, but they were smaller and perhaps struggling so the increased views they left behind was somewhat a balm to my soul, though the uprooted root balls will outlive me.

But my heart broke this last month when two glorious long-lived oaks, along my fence line, came crashing down about a week apart. The huge, massive trunks will also live here for years to come, providing forage and feed to the wild critters and bugs that live in my woods. And the cleanup will be massive and take many hours, but the mess they left behind is not what blurs my vision. Fences can be replaced, the giant oaks cannot – at least not quickly. It will take decades, and more likely a century, to grow to the size of the trees I’ve lost.

I found it interesting to read that the oak is also linked to the Summer Solstice – its wood fueled the sacred Midsummer fires. It would appear that my two mighty oaks, fallen soldiers as they are, will be providing me my own summer fires for many years to come.

This summer solstice, as dusk settles, it’s quite possible one might find me in a long gossamer gown, dancing around the fire fueled by my oaks.